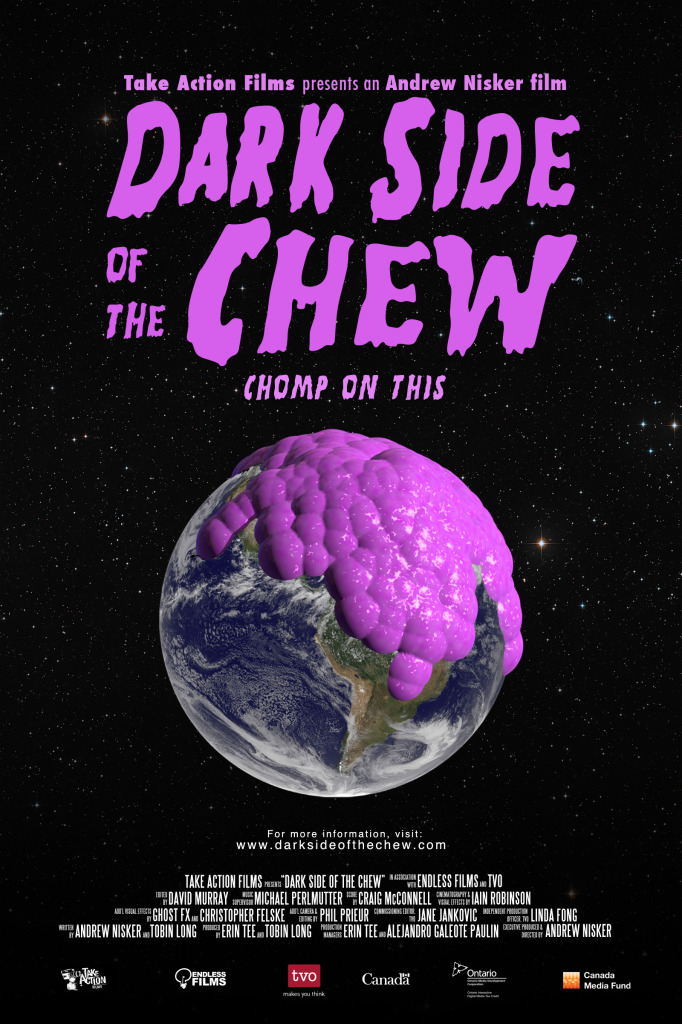 We are  very pleased to have been working with Andrew Nisker on his latest film ‘Dark Side of the Chew’, Americas new documentary on the social and environmental impact of chewing gum!

Andrew is a leading Film Director on social change, health and wellbeing. After filming for one year in the US Andrew asked Angelfish to look after travel, logistics and camera operations whilst filming in the UK.

Andrew produced  Garbage: The Revolution Starts at Home and the much acclaimed Chemerical: Redefining Clean for a New Generation.

Andrew released his documentary Dark Side of the Chew, in which he covered the history of chewing gum and some of its negative impacts on society—such as increased litter, the cost of cleaning up gum from public surfaces, and others.

The film will be launched in Britain later this year !

If you need location management, freelance camera operators or you want to talk about a new documentary that needs support in pre production or on set do get in touch.

Make sure you fill in all mandatory fields.